The Gin Club is an Australian folk rock band formed in Brisbane, Queensland in 2003. The band formed when the various members met while frequenting an open mic night at Brisbane pub O’Malley’s, organised by ringleader Ben Salter.

The motley group of songwriters quickly established themselves as one of Australia’s most exciting bands, both through their studio albums as well as their inimitable live performances. Continually evolving from the traditional folk/country of their self-titled debut, The Gin Club have developed an unique and distinctive style, in spite of their nine individual songwriters.

Whilst they defy easy categorisation, their music contains elements of acoustic folk, wide screen rock’n’roll, psychedelia, country, pop and more – all delivered with a distinctly antipodean (and Swedish) flavour. They have been compared to artists such as The Triffids, The Go Betweens and The Band. Their live performances have become legendary, with all members taking turns singing lead, swapping instruments and harmonies, and performing everything from intimate acoustic ballads to wall-of-sound onslaughts.

The Gin Club have toured or performed with acts as diverse as The Drones, Band of Horses, You Am I, Paul Kelly, Liam Finn and Midlake, as well as performing at Splendour in the Grass, Big Day Out, Bluesfest, Sounds of Spring, Musexpo LA and Canadian Music Week. Known best for their runaway Triple J hit “Drugflowers”, the band have released five studio albums as well as a live album. With members now located in all corners of Australia, and one in Sweden, they continue to perform sporadically with a new album is planned for 2021. 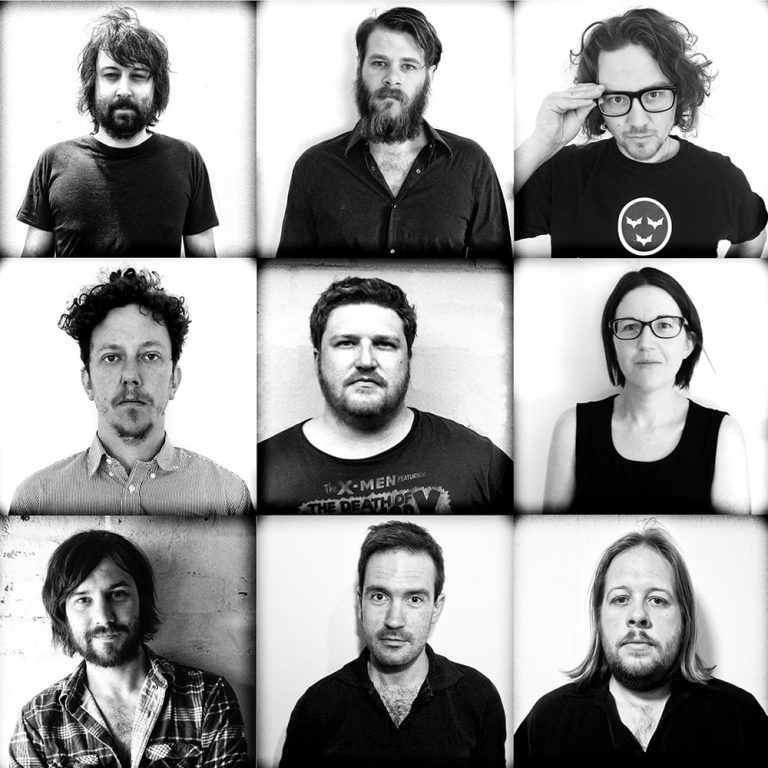