Kim Salmon has been writing and performing stylistically diverse music for over 4 decades.

With The Scientists, Beasts Of Bourbon, Kim Salmon and The Surrealists, STM, The Darling Downs, Antenna, SALMON and simply solo, Kim Salmon has found a slightly or even wildly different audience at each juncture.
Often referred to as “The Godfather of Grunge” he is cited as a seminal influence on countless bands including Mudhoney, Nirvana, Jon Spencer Blues Explosion, The White Stripes, Sonic Youth, The Drones and Spacemen 3 whilst sharing the stage with the likes The Stooges, Television, Kid Congo & the Pink Monkey Birds, The Cramps, Nick Cave & the Bad Seeds, The Pop Group and even U2.
Most recently, Kim has been the subject of a biography “Nine Parts Water, One Part Sand – Kim Salmon and the Formula For Grunge” written by Douglas Galbraith (also some time drummer for Kim) and recently turned his hand to exhibiting his art.

Kim veers towards the latter but the entertainment is there. His song writing is sometimes expressionistic, sometimes humorous, sometimes narrative driven and sometimes just plain bizarre and Surreal. 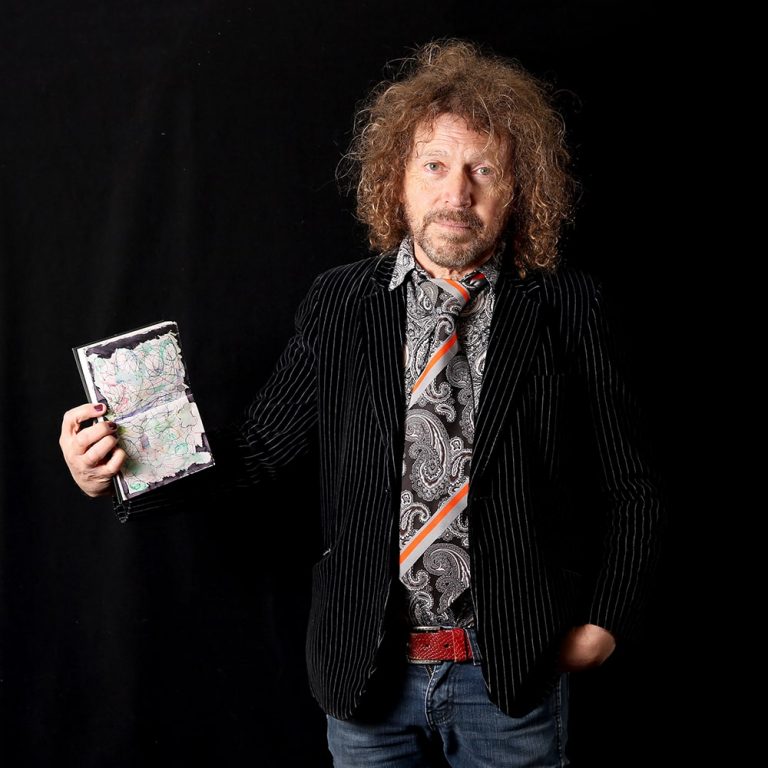